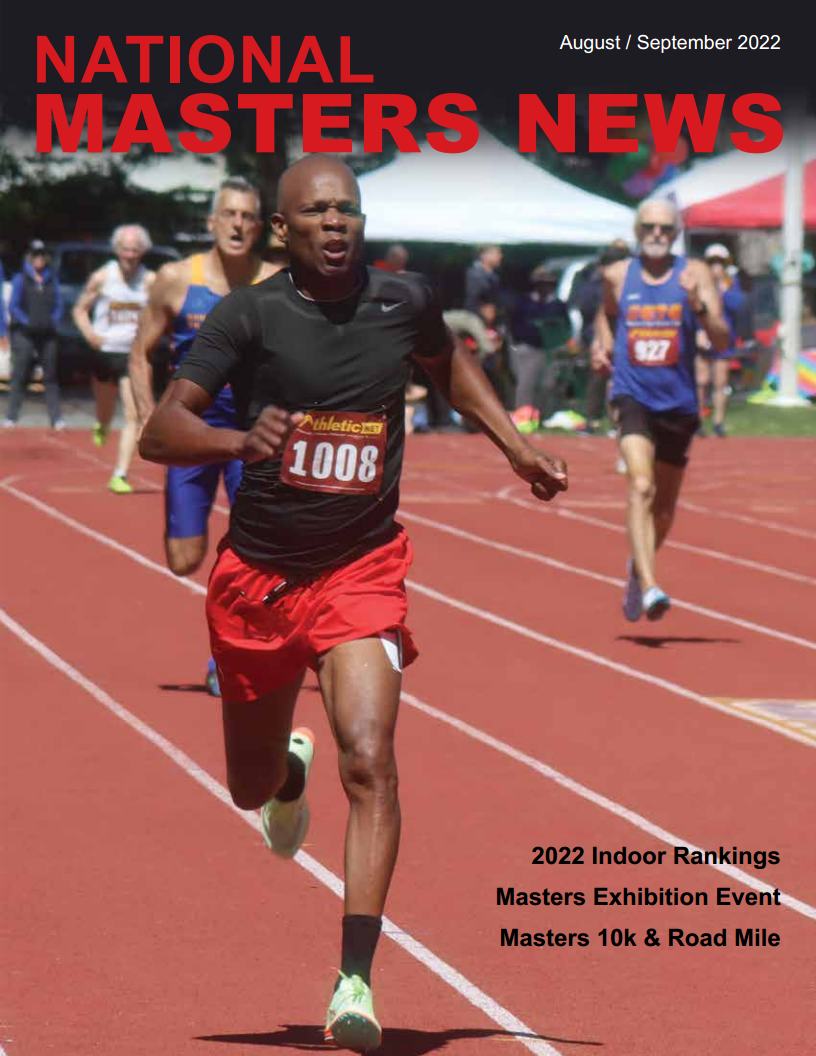 > Masters Exhibition at the USA Championships

The post office does not forward third class mail and charges NMN for throwing the undeliverable magazines away. This waste is in addition to the wasted costs of mailing/printing renewal and inquiry notices. Please, if you move or change your address, let us know!  Thank you! 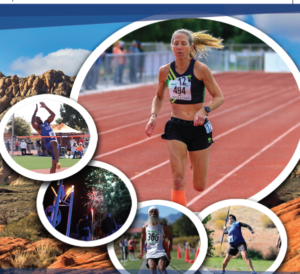 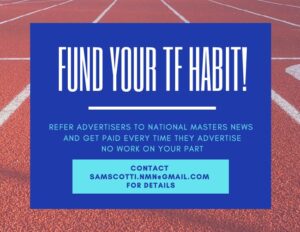 Here’s an easy way to fund your track meets and equipment.  Simply refer advertisers to National Masters News and you get paid EVERY time that advertiser places an ad.             No work on your part! 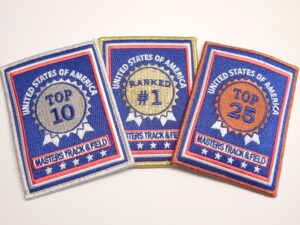 Check your stats on MastersRankings.com and order your Awards here.

Are You a Masters All American?

If your performance meets or exceeds the MTF All American standards, in this or past seasons, apply for your awards and gear.

How MTF Records are Processed

In the Current Issue:

When I competed in my first Masters National Championship in the fall of 2013, Bill Quinlisk was the Referee. Pam Fales said she first became involved with USATF Masters LDR in 2007; Bill was already active and had been for years. Bill, for those who do not already know, succumbed to cancer after a relatively brief but hard-fought battle with the disease; he passed away on May 16, 2022.

Bill was Vice Chair of the Masters LDR Committee for many years; his technical knowledge and willingness to serve were key factors in his success. Past Chair Mary Rosado commented ”Bill was one of the longest serving members of the Committee, and I often sought his advice. I will miss his passion and his expertise.”

When Lloyd Hansen took over as Chair in 2020, Bill indicated his willingness to continue to serve as Vice-Chair. A year later, Lloyd stepped down for health reasons and the Committee voted unanimously to ask Bill to serve. Ironically, Bill’s health started to decline shortly after he took over as Chair. Neither he, nor anyone else, thought it would be something he could not lick. But the cancer was very aggressive.

Bill was a ‘Hands on/Chip In’ kind of guy. If a job needing doing, he would get it done. He would walk or ride the course before the race; if there was a pothole, he would mark it with a cone. If a turn did not have a well-defined curb, he would mark it with flags. Most importantly Bill knew the rules and how to apply them. Runners and Clubs knew they could rely on him to rule on an appeal fairly and without any favoritism. Mitch Garner, USATF Board member observed, “Bill was a good man. He always went out of his way to make sure that clubs had everything they needed when they came to a Masters National Championship. He was a prince of a guy and will be missed.” In a more whimsical vein, Garner suggested that “The Masters Running Community in Heaven, in dire need of a resurgence, has benefitted, no doubt, from Bill taking on the Chair of Masters LDR there, and introducing age divisions and age grading across the millenia.”

Bill served as both Chair and Vice Chair of the USATF Masters LDR Committee. But at the same time, he was serving as President, first, of the Niagara Association and subsequently, after moving from Syracuse to Albany, the Adirondack Association. His dedication to serving at USATF from the ground up was remarkable. His greatest service to the Masters LDR Committee was through his work as liaison to the Cross Country Council. In that role he was chief of operations for the Masters races at Club Cross and Cross Nationals. He was almost a one-man show when it came to the 5 Km Masters Cross Country Championships. He often handled everything from Packet Pickup to Refereeing to Awards. He loved the Cross Country experience!

Lloyd Hansen summed up the feelings of the folks who worked with Bill on the Masters LDR Committee, “We will greatly miss Bill’s passion, caring personality, dedicated service, and extraordinary knowledge of our sport.  Bill had a special gift of inspiring those around him and demanding excellence in all that we do.  He has left a remarkable legacy! “ In a personal note, Perry Jenkins, interim Chair of Masters LDR noted: “Bill brought me into Masters LDR. I will miss his guidance and the camaraderie we shared. He would want us to carry on, and we will.”

Honoring Bill Quinlisk
Individuals who wish to honor Bill Quinlisk can make a donation in his name to Maximum Velocity Track Club. According to the club’s leadership, “Any donation goes a long way with our youth summer track program.” Donations may be sent to the club with following address: Bill Quinlisk/Maximum Velocity, c/o Aubrey Sheffield, 15 Terra Vista, Scottsville, NY 14546. Donations may also be made via Venmo. https://venmo.com/code?user_id=2175555176759296407&created=1658257547.1922998&printed=1 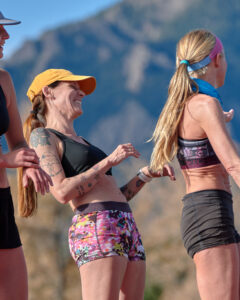 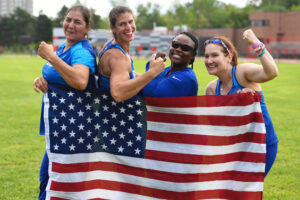 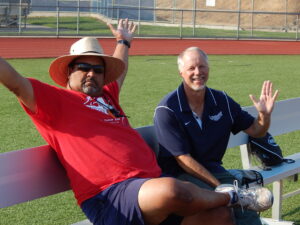 Photo by A Scotti 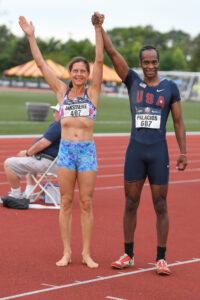 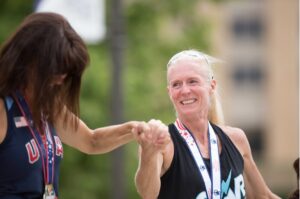 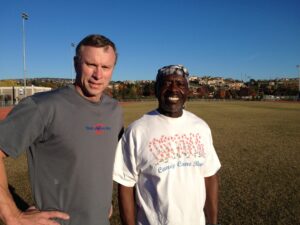 Photo by A Scotti

Photo by AM Scotti 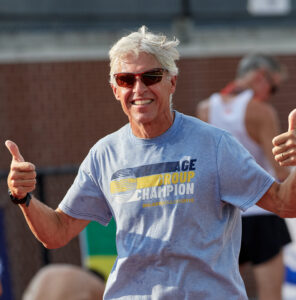